Formula E is the one of the world’s fastest growing motorsport championships. Season 5 is set to be the most unpredictable yet, with new cars, tracks, teams and drivers, not to mention a new race format. This blog will get you up to speed with Formula E and make sure you are ready for lights out on December 15th.

Formula E is a global all-electric single-seater race series. Each season so far has been made up of between 10-12 races, all on temporarily built tight and twisting city street circuits.

We’ll start by looking back. In 2011, Jean Todt, the president of the FIA pitched an idea of an all-electric city-based single seater motorsport championship to a pair of politicians, Alejandro Agag and Antonio Tajani. Tajani himself was working to increase the number of electric and hybrid vehicles on our roads and reducing overall Co2 emissions. Both Agag and Tajani were in support of Todt, and Formula E was born.

Each race day starts with two morning practice sessions, the first being 45 minutes and the second 30 minutes. For qualifying, the cars are split into small groups and given six minutes each to set their fastest lap. After these sessions have been completed, it’s race time!

In the six days before the race until six minutes after the race has begun, fans can take to social media to choose three drivers they want to issue a fanboost. This fanboost gives the driver extra power for a five second spell during the second half of the race, ideal for when an overtake needs to be made.

Points are awarded to the top 10 finishers, starting at 25 points for the winner, 18-15-12-10-8-6-4-2 and eventually 1 point for 10th place. An extra point was awarded for the driver who set the fastest lap during the race, but from season 5 will be issued to the most energy efficient driver instead.

Season 5 is set to be dramatically different from the previous four seasons of Formula E. Here is a run-down of all the changes; 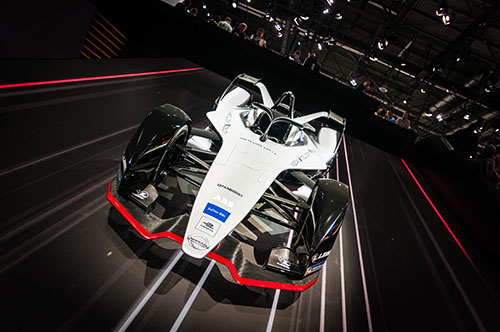 Arguably the most noticeable change is the introduction of the striking new Gen2 car. Each team runs the same chassis but must source all the other components from elsewhere. For the upcoming season, each car will be powered by a 250kw motor which can be increased to 300kw during qualifying. Audi driver and former champion Lucas Di Grassi believes the car can hit 186mph; 46mph more than the previous race car. The motor is also more efficient, meaning they will be able to complete the race without swapping cars at mid distance; a first for the championship. The halo safety device we see in F1 and F2 has also been added.

The teams and drivers

On top of the new cars, there are a number of new teams, powertrain suppliers and drivers. BMW, Nissan and Mercedes affiliate HWA have entered the championship, along with ex-F1 drivers Stoffel Vandorne, Pascal Wehrlein and Felipe Massa to name a few. The teams and drivers for season 5 can be seen in the table below;

*Alexander Albon is in talks with Toro Rosso about a move to Formula 1 and may be replaced.

The season begins on 15th December in Saudi Arabia. 11 cities and 12 races later, the champion will be crowned at the final event in New York on 14th July 2019. The season 5 calendar is as follows;

The race day format for season 5 has changed slightly from the previous seasons. Rather than a set number of laps, races will now be 45 minutes long with an extra lap after the time limit has expired. This should lead to a thrilling winner-takes-all final lap.

Season 5 is set to be the most unpredictable yet, but we can ensure that the wheel to wheel, none stop action will remain. You keep up to date with all the latest Formula E news by following this link.