Driving in London has changed, Government guidelines have been put in place, ULEZ is in motion. Those of you that own or drive a Euro 5 Diesel or Euro 4 Petrol most probably have a reminder on your calendar for 25th October 2021 already. Hopefully, this a reminder to visit Cargiant to help find your new car before the ULEZ zone expands 😉.

The doubt behind going for a hybrid car comes with the trust and experience the majority of us have in either petrol or diesel cars. Change is always something we need to adapt to at some point, if you do not want to go straight into changing for a fully electric car, going for a hybrid car is the next best option as a half-way house. It’s very much like when people try to get you to convert from Manual to Automatic, the common line is ‘you’ll never want to drive a manual again.’ After you see the difference hybrid cars can have in terms of savings annually and now looking even more stylish, who knows you could be thinking the same thing.

We have always been asked for our opinion on hybrid cars, whether they are worth it or not and thought we would take a moment to show you our top 5 hybrid cars to consider; 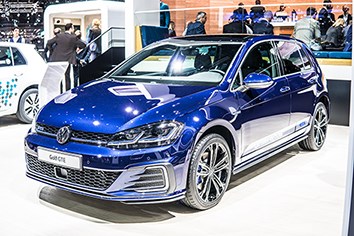 At P1 we have one of the most iconic hatchbacks available as a hybrid. The VW Golf GTE is the hybrid hatchback to buy. You will notice it has kept certain features that were iconic to the GTi but have now made it look eco-friendlier. Swapping the iconic red for the eco-friendlier blue trims, and yes it does come with its iconic tartan seats which are also blue themed. This car comes with a number of great additional features along with styling but, let’s talk performance because here is where things get interesting with this car. This car has a 1.4 litre petrol engine that works with a 116hp electric motor, both of these working together to produce 245 BHP, 245!! This is a 1.4L 5-door hatch we are talking about, most saloon 2.0L’s come with 140-170 BHP. I wonder which would be quicker off the line, the GTE or the GTI, would be interesting to see @matwatsoncars do a video on this.

Here’s another interesting point, the onboard computer uses the Sat-Nav data to choose when to switch from using the petrol engine and the electric motor to help save charge for when you’re driving in town. Who would have known that built in Sat-Nav would have come handy again, looks like Waze and Google Maps have some competition now?

The GTE can reach up to 80mph on electric power only, going on to speeds of up to 140mph using both the electric motor and petrol engine, doing 62mph in just 6.7 seconds. Yes, I know, the majority of the speed limits now are 20mph, but at least your reaching 20 mph quicker. On that note, depending on how heavy your foot is, the GTE can give you an average of 176.6 MPG, that’s a lot of savings on a weekly basis for anyone who has owned or owns a GTi currently.

Can the GTE give you the same feel as the GTi but without the extra running costs? I guess there is only one wat to find out…

Check out this link to browse through our range of GTE’s right now! Used Volkswagen Golfs - Cargiant 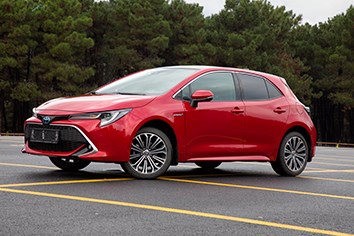 At P2 we have the Toyota Corolla, now you may be thinking how is this better than the BMW 330e? Here is where value for money comes into play. This is a Toyota that looks stylish both outside and in, a big improvement from their previous models. One thing Toyota already has on their side for many years is their reliability, but what wasn’t always working for them was the look of their cars. Their style really started to change when the Toyota CH-R came about, now Toyota have brought back the Corolla model which we last saw in 2007 and made it look a lot more thrilling, one that gets you to look twice now. Not only is this car loaded with so many extra features as standard but also it’s available in both 5-door hatchback and estates, helping families of all different sizes. One of the common concerns about hybrid cars is how much noise they allow inside due to the build of the cars. This car tackles that concern, making it not only a great drive in the city but also on motorways as wind and road noises are kept outside, an overall solid build for a hatchback.

Why not have a look at what Toyota have done with their new and improved Hybrid Corollas here, https://www.cargiant.co.uk/search/toyota/corolla 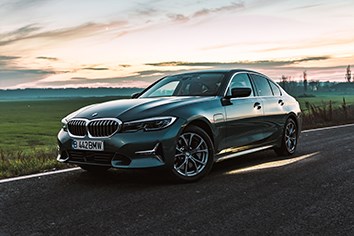 At P3 we have the BMW 330e, the 3-series being one of the most successful premium medium-sized cars, making it the car to beat. Mercedes and Audi, you have even more competition now with the new Hybrid option. The 3-series was already a great all-round car and now you can own one which doesn’t hurt your pocket too much in terms of fuel and is still just as fun to drive. There has always been the debate about which medium-sized car is best between the 3 German brands and I know the opinions all vary, but one thing I can admit, BMW is a driver’s car. It’s always been about the engine and now it has even more power behind it along with being even more economical than their Diesel options. The 330e helps tackle the issue that Petrol owners had, where the car is fun to drive and full of power, but it drinks a lot on a weekly basis, limiting the amount you drive on the long run because of that. BMW have listened and have provided with the 330e producing up to 252 BHP and giving you an average of 134.5 MPG, what’s the MPG for a 330i again? About 30% of what the 330e can give you.

We do have some good news however for any Android users out there, BMW have now included Android Auto smartphone mirroring, whereas previously they only worked with Apple car play. Anyone one that has any mobile phone upgrades coming up, you can stick to Android, things are getting more compatible now.

Are you a BMW fan who wants all the power but also wants to save weekly on fuel, the following link is a great start for you, Used BMW 330es - Cargiant 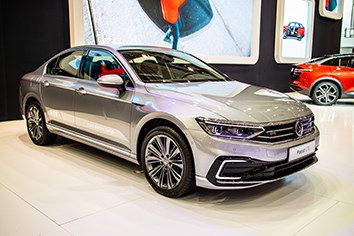 At P4 we have one of the most surprising comebacks for an executive saloon, the VW Passat GTE. Whenever we talk about executive saloons, the VW Passat doesn’t get much credit as it has always been in the shadows of its rivals; the BMW 3-series, Mercedes C-class and Audi A4. It feels as VW got tired of that and have come to compete with its new grille design, sporty R-Line trims and even enlarged the Passat badge on the boot lid, just in case you missed it. This is a saloon produces 245 BHP with its 1.4L engine, 13kWh battery and electric motors. Again, outstanding figures when you think about the 1.4L engines we used to have 10 years ago. Volkswagen have been putting in a lot of work to get up in the ranks and this is visible through all of their models. If you are after a slightly upscaled saloon than can go toe-to-toe with the premium players, but comes with more value for money, the Passat GTE could be a great alternative.

Are you a VW Passat owner who wants to keep within the model they know and trust, we have several options for you here, Used Volkswagen Passats - Cargiant 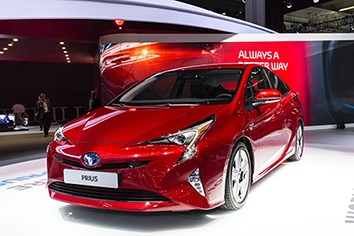 At P5 we have the most iconic hybrids to date, the Toyota Prius. Whenever anyone mentions the word hybrid what’s the first car that comes to mind? The Prius took the market by storm back in 2003 and they have been developing their shapes since then, currently on the fourth generation Prius which was released in 2015. This fourth generation consisted of the  biggest change in terms of appearance, giving it a more aggressive look. The Prius’ new tried and tested hybrid system makes it remarkably cheaper to run, probably the reason why we almost see one in every corner of London. This hybrid has a Five-star Euro NCAP safety rating, making it a very safe family car and well worth considering if you want an economical hybrid that is also practical. There is a reason why most Uber drivers own this car, it ticks all of their boxes, not only with the practically but also with the brands legendary reliability status.

Anyone in the minicab industry, but not limited to of course, we have plenty of options for you to choose from, just follow this link for more examples, https://www.cargiant.co.uk/search/toyota/prius

We hope you have enjoyed this read and look forward to welcoming you to our shop floor. Feel free to get in contact with us on 0208969551 for any queries or to book a visit for one of our hybrid options.

Remember we are open until 10pm on weekdays and 7pm on weekends, always ready to help you find your new car!