Have you ever wondered where the best place to spot supercars in London is?

London in the summer is one the very best places in Europe to spot supercars as many of the world's super rich converge on the capital for the cooler weather and to show off their even cooler cars.

As car experts based in London, we here at Cargiant have put together a list of some of the top locations in London for you to spot, see and take photos with some of the most luxurious and unique cars on the planet.

Take a look at our list below and happy supercar hunting!

Where are the best places to spot luxury cars in London?

Best known for their luxury department store, Harrods is a heavy traffic area, perfect for spotting luxury cars. Opened in 1849, Harrods have been a firm favourite for luxury shopping and browsing luxury brands. Supercars cars often are parked outside or close to the store, giving you a great opportunity to take photos and view the newest and most luxury cars on the market.

Another fantastic area to spot luxury cars is the Dorchester Hotel in Mayfair. The Dorchester Hotel is a top spot for people who want a holiday in London, and will often bring their supercars with them. Popular cars include modified cars and one of a kind paintworks.

If you are in Knightsbridge, head to Sloane Street. Best known for the luxury stores, Sloane Street is another popular place to spot supercars. Popular places to find them are outside the Benanciaga and Chanel stores. 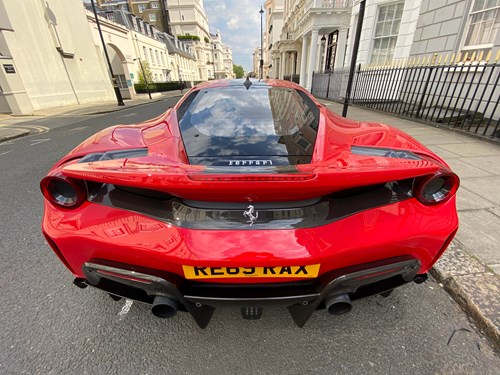 Similar to the other places on this list, Lowndes Square is another great place to spot supercars. Competing for a parking space, you’ll be able to see many luxury cars including Ferraris and amazing paintwork.

If you enjoy supercar events, this one’s for you! Between the 28th-30th June, the London Concourse is home to 80 fantastic luxury cars in the gardens of the Honourable Artillery Company. For more information on this event, click here. 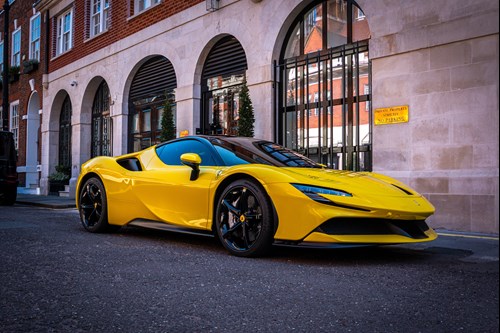 Best known for the movie namesake, Notting Hill is one of the best places to see supercars, especially around 5pm and at night. Famed for its association with artists, Notting Hill also plays host to the annual Notting Hill Carnival and is another top supercar spotting location in Kensington.

Brompton Road in Knightsbridge is another great location to see supercars. Similar to Notting Hill, the best time to spot supercars on Brompton Road is after 5pm and at night. Brompton road has luxury stores, making it a popular place to find supercars.

Not only can you spot luxury cars in Marylebone, you can also hire them. Companies such as Supercar Rental, allow you to drive Ferraris and other luxury cars. Marylebone is well known for having luxury stores, making it a popular choice for the owners of supercars. 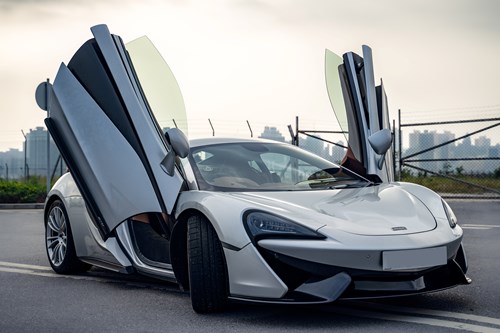 The Kensington Palace Gardens have some of the most expensive properties on the market, averaging around £35 million. This makes it a great place to spot supercars such as Lamborghinis.

Similar to The Park Tower Hotel, the Berkeley Hotel is a luxury hotel where supercars can be spotted nearby. Rare cars such as the Koenigsegg Regera have been spotted at the Berkeley Hotel, as well as Lamborghinis and Ferraris.

Looking for a luxury car in London that doesn’t break the bank? At Cargiant used cars in White City, we have giant choice and giant savings.