Around 8 million used cars were sold in the UK in 2018, ranging from decide old classics to modern day super and hypercars. Here is a run down of the 10 best selling used cars of last year.

The Ford Fiesta has been the best-selling new year in the UK for the past 10 straight years. The Fiesta is great fun to drive, generously equipped and incredibly economical, especially when powered by a 1.0 litre EcoBoost engine. This engine comes in 3 power outputs, 100PS, 125PS and 140PS, all of which can generate around 60mpg with a maximum of £30 road tax when attached to a manual gearbox. The 6th generation Fiesta can also be bought from as little as £4,500, making it great choice for those motoring on a budget. 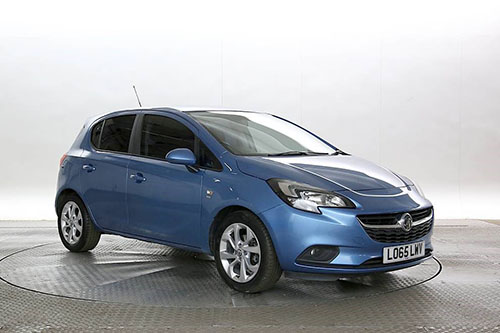 Launched in 2014, the Mk 4 Vauxhall Corsa has been one of the countries best selling cars ever since. Just like the Fiesta, it’s fun to drive, spacious, comfortable and great value for money. The 1.0-litre turbo and 1.4-litre petrol engines are particularly impressive; both returning upwards of 55mpg and very low road tax. Prices start from £6,000 for a MK 4 Corsa.

Ford’s second entry on the list is the Focus family hatchback. The Mk3 Focus was originally released in 2011 and went through a facelift in 2014, altering the front grille and interior. Just like its smaller sibling the Fiesta, the Focus handlings brilliantly, looks good, is spacious and extremely practical. The 1.0 EcoBoost engine can also be found in the hatchback in 100PS and 125PS forms. As little as £5,500 can buy a Mk 3 Focus, with newer facelifted models closer to £8,000.

The Vauxhall Astra turns 40 years old in 2019, and the current Mk 7 model is regarded as one of the best. It’s attractive, enjoyable to drive, well equipped and thanks to its range of economical engines, very good at the pumps. The 1.0 and 1.4-litre petrol engines are impressive, giving over 60 and 50mpg respectively. Prices start from £6,000 for a MK 7 model.

The practicality and higher driving position of the Nissan Qashqai was a hit with the UK motorist ever since its initial launch in 2006. It is actually regarded as the car that introduced the UK to the crossover vehicle. Now in second generation guise, the Qashqai comes with a range of petrol and diesel engines, a 1.2-litre petrol and 1.5-litre diesel giving the best mpg figures. Inside the cabin, the majority of models feature satellite navigation, Bluetooth, dual zone air conditioning and much more. Prices for a 2nd generation Qashqai start from around £8,000. 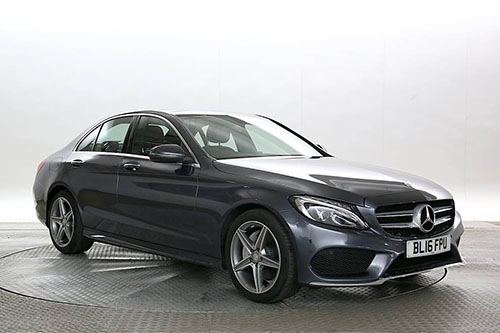 Introducing the 2015 World Car of the Year, the premium Mercedes Benz C Class. The latest Mk 4 model was released in the year prior to its award and was immediately deemed as a major improvement on its predecessor. Its more efficient, better equipped and more luxurious than the Mk 3 car. The C Class is available as a saloon, estate, coupe and convertible with a host of petrol, diesel and hybrid engines. Prices start from around £11,000 for a Mk 4 C Class.

The quirky looking Nissan Juke bought something new to the UK market when it was released back in 2010; a small crossover type vehicle. Just like its larger sibling the Qashqai, the Juke is very well equipped; the majority of model’s feature sat nav, Bluetooth, reverse camera, dual zone air con and alloy wheels. Under the bonnet, you can find the same range of petrol and diesel engines you’d locate in the Qashqai. The Nissan Juke can be purchased from around £7,000.

The Fiat 500 Italian supermini is famed for its retro looks both inside and out. It’s circular headlights and simplistic dashboard reminisce back to it 1950s predecessor. Depending on specification, Fiat 500s can be bought featuring leather seats, a sunroof, Bluetooth, alloy wheels and much more. The most common engine is a 1.2-litre petrol engine, capable of over 58mpg and with only £30 road tax. A 0.9-litre unit is also on offer producing over 67mpg and £0 road tax. Fiat 500s are available for as little as £4,000, so are a great first car or little run-around. 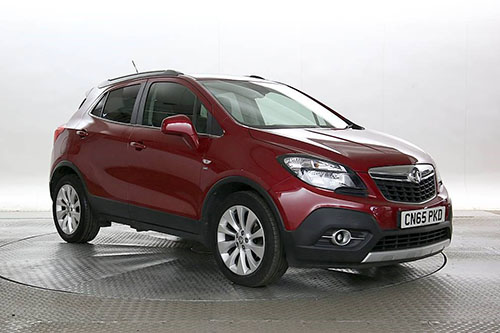 The Mokka was launched in 2012 as Vauxhall’s entry to the competitive small crossover sector. A 2016 facelift saw the car change its name to the Mokka X. The majority of Mokkas feature parking sensors, cruise control, Bluetooth, climate and cruise control, with high spec vehicles adding sat nav and leather seats. Under the bonnet, the 1.6-litre diesel and 1.4-litre petrol engines are particularly impressive, offering 65 and 45mpg respectively. Prices range from £7,500 to £14,000 depending on age, mileage and spec. 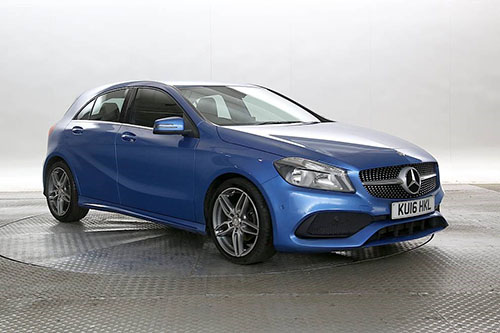 The 3rd generation A Class changed the way the German brand’s hatchback was seen. Out went the boxy looking old car and in came a sleek and sporty new model with a far more premium feel. Leather seats, air conditioning, Bluetooth and cruise control are found in almost all A-Class’s with heated seats and sat nav in the range topping models. Powered by a range of petrol and diesel engines, all give great performance and efficiency. Prices start from around £10,000 and can venture beyond £25,000.