With the cost of living crisis in the UK worsening and petrol prices reaching new highs lately, we’ve decided to take a closer look at how much it will cost you to fill up in each of London’s 32 boroughs.

With everything that’s going on in the world at the moment, car fuel prices is just one of many pinch points affecting consumers right now.

Take a look below at the ‘London Petrol Prices League Table’ and see how your borough compares to its neighbours… who knows, it might be worth taking a trip over the border to save some cash!

So there’s clearly a divide here between cheaper fuel available in South London and the most expensive area being infamously rich Westminster in the West. 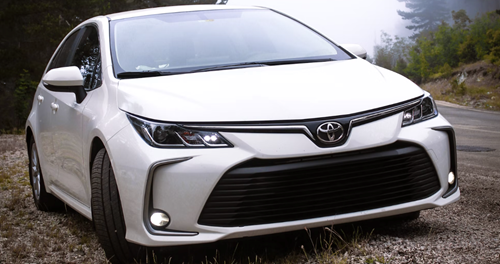 These are the cheapest cars to run but also offer great driving capability for manoeuvring London’s busy streets. All the cars listed are compliant with the Ultra-low emissions zones in London. Check out what the ULEZ means and how it affects you.

The Toyota Prius is a well-known car for taxi drivers and commuters alike. This plug-in hybrid vehicle can do 283 miles per gallon. The Toyota Prius is equipped with parking sensors, sat-nav, Bluetooth and heated seats, everything you could possibly need for a comfortable journey. Although the Toyota Prius isn’t built for speed, it does have a top speed of 101mph and can do 0-60mph in 11.1 seconds.

Check out our range of Toyota Prius

At 134.5 MPG is the BMW 330e! The BMW 330e is a plug-in hybrid car, and on fully electric has a range of 41 miles, enough for commuting around London. The 330e has a 2.0L four-cylinder engine with 252 BHP with a top speed of 140mph and is able to do 0-62mph in 6.1 seconds. Multiple different models are available and the specification can differ. However, they all include a sat nav, parking sensors and Bluetooth.

Check out our range of BMW 330

If you are looking for an SUV with a high MPG for your commute, the Kia Niro might just be for you! The Niro is able to do 217.3 miles per gallon with a 1.6L hybrid engine. Perfect for families, the Kia Niro is a 5 seater equipped with climate control, heated seats, Bluetooth and parking sensors.

Check out our range of Kia Niro

Check out our range of Mitsubishi Outlanders