After an agonising winter break, the start of the 2020 Formula 1 season is only days away and with it brings an array of impossible to answer scenarios. Will Lewis Hamilton equal the great Michael Schumacher’s seven world championships or can one of the next generation steal the crown? Will Mercedes continue their dominance or can Ferrari or Red Bull regain their glory and will McLaren retain their ‘best of the rest’ status?

This blog post gives you all the information you need to ensure you are ready for lights out on Sunday.

The Teams and Drivers

As expected, the majority of teams have remained the same, only Renault and Williams have made changes. Mercedes hot prospect Esteban Ocon replaces the experienced Nico Hulkenberg a Renault and rookie Nicholas Latifi has taken veteran Robert Kubica’s race seat at Williams. Kubica himself has joined the Alfa Romeo team as reserve driver.

Just as things stood in 2019, their will be 10 teams in the championship. The only difference is that the Toro Rosso team has been rebranded Scuderia AlphaTauri in reference to Red Bull’s new clothing range. 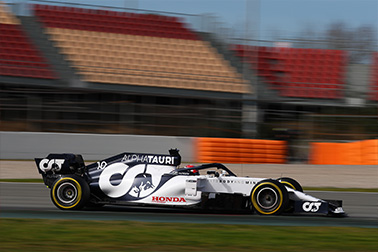 Big changes are coming in 2021 which will change the cars and the championship completely, but due to this, minimal changes have been made for 2020. The cars will be powered by the same 1.6-litre V6 turbo hybrid engines capable of hitting 62mph in around 2 seconds and a top speed in excess of 200mph.

The final 50mm of the car’s front wings can no longer contain any metal in a bid to lower the number of punctures after two cars make contact and each team is now required to design their own brake ducts rather than outsourcing. The final change regards the level of fuel kept outside the fuel tank and the amount of driving aids; both of which have been reduced. 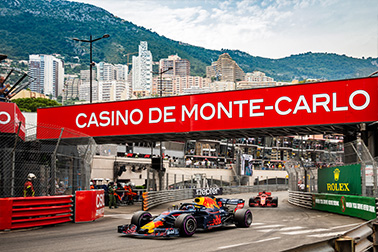 2020 was going to be the longest season the championship has had in its 70-year history. A first event in Vietnam as well as a return to Zandvoort in Holland were confirmed in a 22-race marathon. Unfortunately, the Coronavirus outbreak has caused the postponement of the Chinese Grand Prix in April the busy calendar offers limited free weekends and in addition to the uncertainty surrounded the virus, it’s unsure when and even if this race will take place. The Bahrain Grand Prix has also been affected, and will be run behind closed doors.

Despite Coronavirus, 21 races are still planned, including the traditional season opener in Melbourne, Australia to the curtain fall at the spectacular Yas Marina Circuit in Abu Dhabi via many locations such as Monte Carlo, Azerbaijan, Canada, the UK, Italy, Japan and the USA amongst many more.

The 2020 Formula 1 season is set to be full of on-track action, unpredictable results and fantastic racing. Nobody knows who’ll be world champion in nine months’ time but it’s going to be thrilling watching finding out.