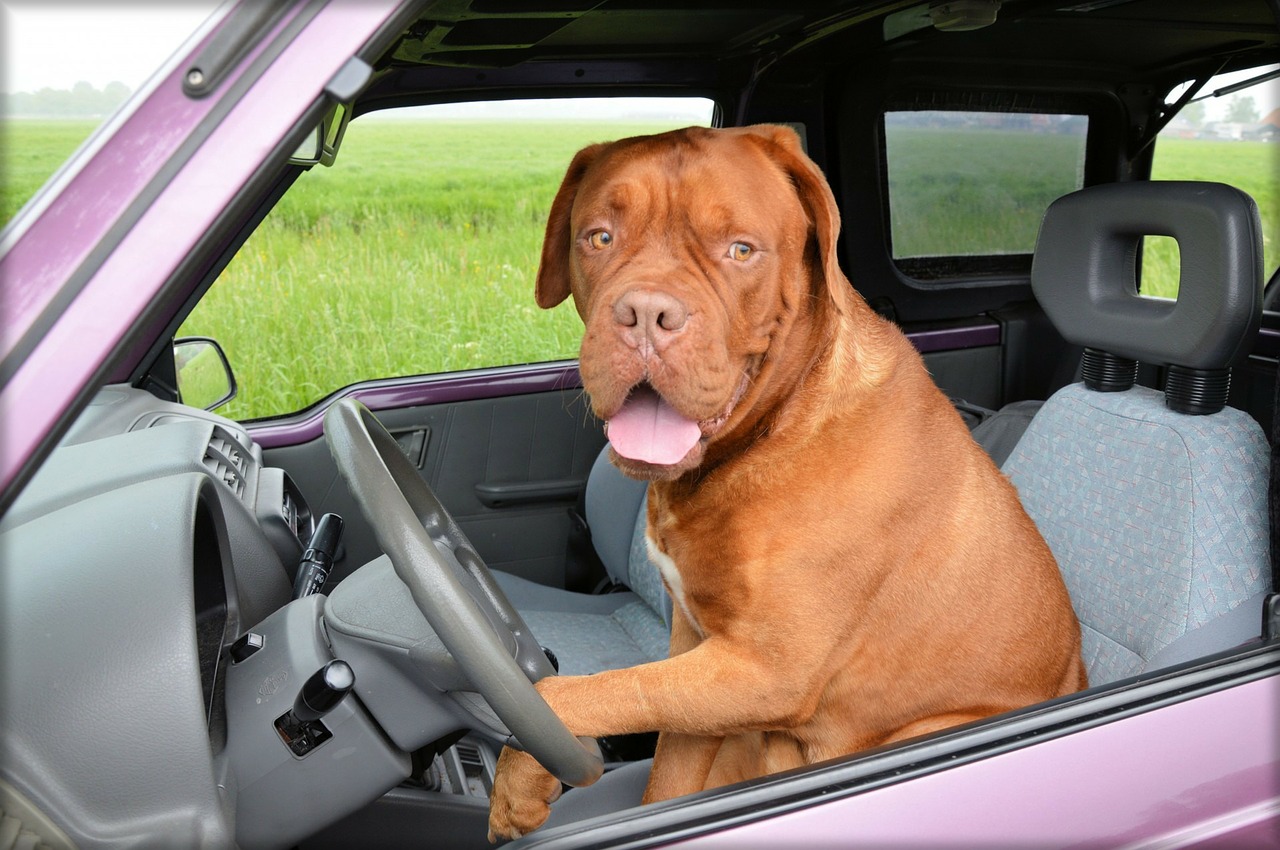 The advice not to leave your dog in the car is usually meant for the dog’s benefit. But it seems that our canine pals are hitting back. In America, a Yorkshire terrier took on a Chevrolet Silverado and won.

The dog had been put in the car by its owner after an encounter with a larger dog. But the spooked mutt wasn’t content with the amount of distance between it and the other dog, and decided to make a break for it. As the man was busy speaking to the other owner, the terrier put the idling car in gear, letting the vehicle roll downhill and over a 75ft drop, where it crashed into a rock before sinking into the 10ft waters of the Maine Lake below.

A family friend jumped into the water and saved the trapped dog from the sunken car. Luckily no one was hurt and the dog escaped unscathed, although there are no confirmed reports on the condition of the car. It’s safe to say, it’s probably a little damp.

Getting your car cleaned is usually a pretty dull task but one car wash in Atlanta, America is changing all that.

This car wash disco delivers a mesmerising experience, all from the comfort of your driver’s seat. It’s complete with a colourful LED light show and the smooth backing sounds of A$AP Rocky’s ‘LSD’.

Sadly, the disco favourite ‘Car Wash’ does not feature, but if they take requests, may we suggest Dire Straits’ ‘Alpha Romeo and Juliet’, or the more middle of the road Chris de Burgh classic ‘Lady in Renault’. Maybe the sweet sounds of ‘Papa’s Got a Brand New Jag’ is more your thing. Or, failing that, anything by the Beetles should do nicely. 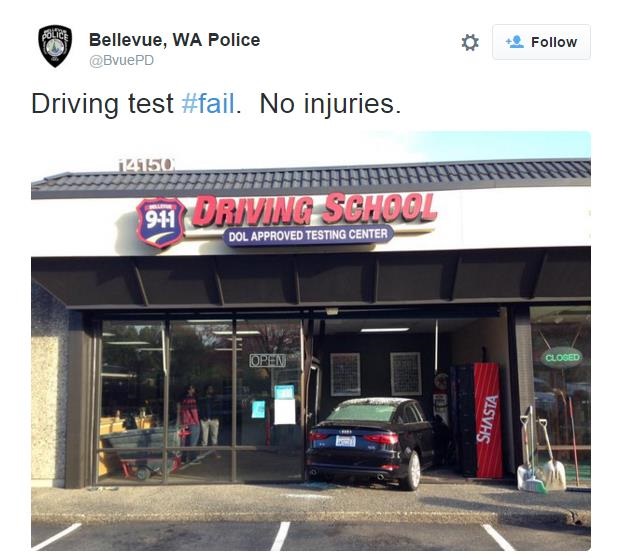 If you’re going to do something, do it with style. So hats off to the person taking their driving test in Washington, USA, who snatched defeat from the jaws of victory.

The unlucky learner driver was so close to acing her test and picking up her license. She was so close in fact, that she was right outside the test centre. That was the moment that she spectacularly failed, mistaking the accelerator pedal for the brakes. Mounting the curb is usually enough to make you fail, so smashing through the glass door of the test centre definitely wasn’t going to end well for her.

“Unfortunately, the student mistook the gas pedal for the brake, sending the car into the building,” said Seth Tyler, a local police spokesman. “She was doing great up until that very last part… (and she) did drive through a plate glass window, so that was a fail on the test.”

While she was in there, she might as well have booked her next test.

How often do adverts and films make driving seem like a much more magical experience than your morning commute? A huge cast, crew and special effects team usually make every skid, slide and jump possible, when in reality it would leave your car looking like a heap of junk. Now spare a thought for the unfortunate driver who found this out the hard way.

In Westcliff, Essex, the owner of a black Vauxhall Astra was heading towards a cul-de-sac, when he decided to do his best Michael Caine impression. If it had worked, the scene would have played out like the Italian Job, where the Minis take flight over a flight of steps and speed off. Instead, the railings wrecked the car’ bonnet, putting an instant stop to its potentially deadly sea bound adventure.