Which SUV Is Right For Me?

Sports Utility Vehicles, or SUVs for short, have rapidly grown in popularity over the past few years; in fact, 1 in 4 cars now sold across Europe is an SUV. The majority of manufacturers have at least one SUV in their model line-up, ranging from smaller pumped-up hatchback type vehicles to heavy four-wheel-drive off-roaders.

This SUV Buying Guide will explain the differences between SUVs and help you choose your perfect new car. Let’s dive in!

What is an SUV?

The name SUV doesn’t really say a lot about the car, and more often than not you will likely picture a bulkier vehicle than average. Here is what truly sets SUVs apart: they tend to be raised higher off the ground, like a traditional 4x4 car, and feature a higher driving position. Plus, they are known to provide a fun and exciting ride and a more spacious cabin compared to their hatchback counterparts.

Brief History of the SUV

SUVs began life on the battlefields in the early 1940s. The US army had asked over 130 automobile manufacturers to create a durable, tough vehicle that could tackle a range of surfaces. Only two companies responded, and through a combination of their ideas, the Willys MB was born; soon to be renamed the Jeep Wrangler. The SUV began to feed its way into civilian life shortly after under the brand Jeep and was brought to the UK by Land Rover in the late 1940s.

As the decades passed, more and more brands started to enter the SUV sector, designing vehicles in all shapes and sizes. For example, Mercedes released the GL, BMW brought us the X3 and 5, Toyota gave us the Land Cruiser and Suzuki welcomed the Jimny and Vitara. All incredible vehicles, but now it’s time to figure out which model earns the ‘best SUV for me’ badge.

Which SUV is Right For Me?

There is a long list of great SUVs out there that answer your individual needs and wants. In our SUV buying guide, we have divided them into four categories: crossover and compact, family, large and prestige. Have a read through each of these to find the best SUV for you. 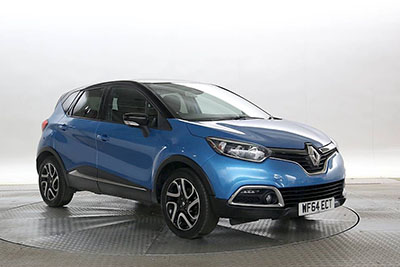 Crossover and compact SUVs are closely based on the same supermini counterpart. A great example of this is the Ford EcoSport, which is designed on the same platform as the Ford Fiesta. These vehicles tend to prioritise lower running costs over anything else. Expect to find small petrol and diesel engines, capable of great fuel economy and low running costs. 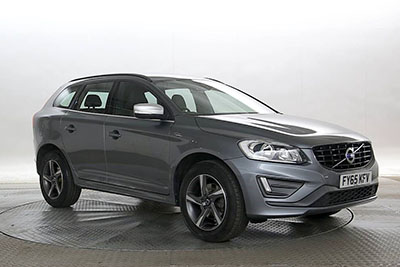 The Family SUV market is the most fiercely contested, with contributing brands ranging from Audi to Alfa Romeo and Mercedes to Mitsubishi. With family SUVs, emphasis is on style, space and safety. They are bigger than their compact cousins and are perfect for the school run and trip to the supermarket but also for long-distance motorway runs and the occasional off-road adventure. These SUVs traditionally feature diesel engines but with the rise of hybrid powertrains, many manufacturers are installing these into their cars.

The thought of a large SUV conjures up mental images of big, heavy, fuel-thirsty, off-road vehicles. With the advancements in technology, fuel efficiency and aerodynamics, large SUVs are far more economical than before and much cleaner for the environment. They tend to seat seven in a spacious, high-quality cabin with lots of technical features and plenty of boot space. The majority of large SUVs are from premium brands such as Audi, BMW, Lexus, Mercedes Benz, Land Rover and Volvo.

If you aren’t up to relinquishing the luxurious trimmings of your regular coupé but want all the comfort and practicality of an SUV, don’t despair. Prestige brands have now seen the potential in the SUV market. Jaguar released the F-Pace in 2016, Bentley brought out the Bentayga around the same time, Lamborghini introduced the Urus and even Ferrari are working on a model, the Purosangue. Nowadays, it’s hard to think of a brand that doesn’t produce an SUV.

Now that you have hopefully found the answer to ‘Which SUV is right for me?’, take a look at Cargiant’s current stock SUVs to find the exact make and model of your next car.