What Is A Hybrid Car

The most common hybrid vehicles are called parallel hybrids. These combine an electric motor with normal petrol or diesel engine. The electric motor alone powers the car from a standing start up to a speed of around 15mph. This is when the conventional engine starts and takes over. The electric motor takes energy from the brakes and standard engine to remain charged at all times.

Another type of hybrid is called a range extender. These vehicles feature a small conventional engine that is used to power a generator which in turn charges the vehicle's batteries. The car is driven solely by electricity.

The final type of hybrid is called a plug-in hybrid. These vehicles have larger batteries which can power the car on electric power alone for a short distance. There are two ways to charge these batteries: either through the conventional engine or through a plug-in power supply.

Benefits of a Hybrid Car

One of the primary benefits of a hybrid car is the environmental impact. Hybrids cut fuel consumption and conserve energy thanks to running in a twin powered engine. One of the world’s leading hybrid manufacturer, Toyota, claim their cars are also 80% cleaner on the environment. With the lower emissions, generally comes lower road tax as well.

There are also other numerous financial benefits of a hybrid car: grants, incentives and other programs in place that make them more affordable. 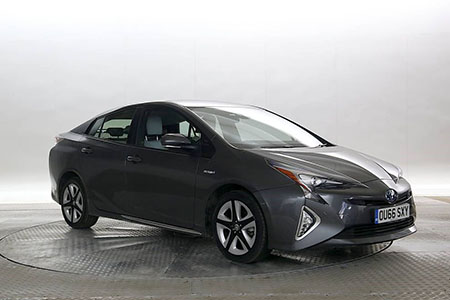 Our list starts with Toyota and the multi-award-winning Prius, the very first mass-produced hybrid. Now over 20 years old, the Prius has sold over 6 million units worldwide and is a common sight in the majority of UK cities.

The common Prius is powered by a 1.8-litre petrol engine and electric motors, combining to generate over 80mpg and only 78g/km Co2. The Prius is generously equipped with the majority coming with sat-nav, leather seats, cruise and climate control. Inside the cabin, there is ample room for 5 and plenty of boot space.

Take a look at the Used Toyota Prius currently for sale. 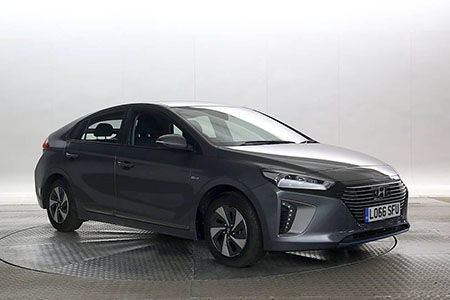 A relative newcomer to the hybrid field, the Hyundai Ioniq was voted ‘Best Hybrid Car’ in the Carbuyer Best Cars Awards in 2019. The Ioniq has a 1.6-litre petrol engine working alongside an electric motor, altogether producing less than 80g/km co2. The Ioniq comes well equipped: even the basic models have a touch screen display, reversing camera, Bluetooth, DAB radio and climate control as standard. 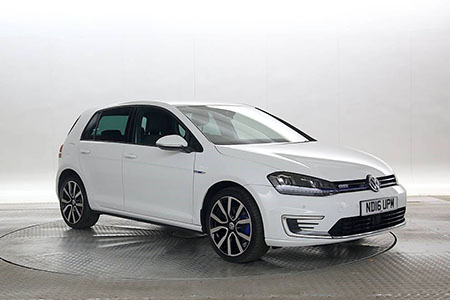 The Volkswagen Golf has been around since the early seventies, and shows no sign of going anyway anytime soon; not that that’s a bad thing. The GTE is based on the current GTi, and apart from the powertrain, everything is pretty much the same. The 2.0 petrol engine is swapped for a 148bhp 1.4-litre petrol unit and an electric motor capable of a further 101bhp. It’s free to tax, congestion charge exempt and can run around 30 miles on electric power alone. 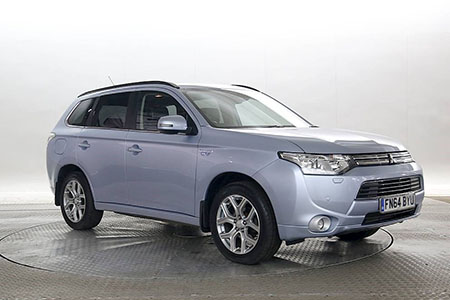 The first SUV on our list of Best Hybrid Cars is the Mitsubishi Outlander PHEV, the UK’s best-selling plug-in hybrid. Just like the Golf GTE, the Outlander is pretty much identical to its standard variant, only the power plant differs.

Being a plug-in hybrid, the Outlander is capable of 33 miles in electric mode and only 40g/km Co2, meaning you will not be charged for going into London’s congestion zone. Furthermore, despite being 4-wheel drive, the Outlander can still produce a staggering 159.5mpg!

Take a look at the amazing second-hand Mitsubishi Outlander PHEV for sale. 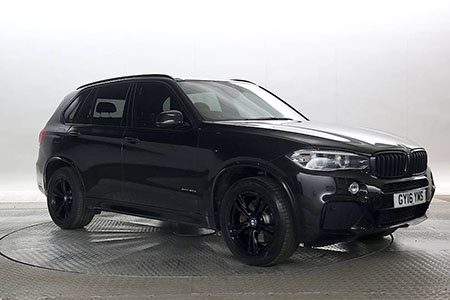 The final model on our list of Top Hybrid Cars comes from BMW. Once again, you can sit in the BMW X5 plug-in hybrid and think you are in a standard X5. Under the bonnet, there is a 2.0-litre 4-cylinder petrol engine and electric motor, combining to generate 309bhp. Co2 emissions are half of its diesel counterpart and mpg figures almost double at 83.1. Despite the batteries taking up some of the boot space, there is a healthy 500 litres and plenty of space for the 3 rear passengers.

Check out the used BMW X5 hybrid at Cargiant.

Had your eye on another exciting hybrid? Check out Cragiant’s current stock of best hybrid cars.